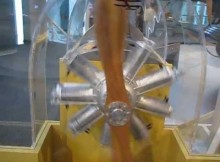 Ever watched an old war film with a spectacular dogfight scene, and wondered why those front mounted machine guns don’t chop up the propellers on the plane? Read More 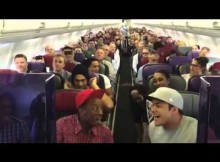 Sensing the boredom kicking in, the cast took it upon themselves to entertain the flight, and spontaneously burst into song, singing the central theme to the musical - Read More